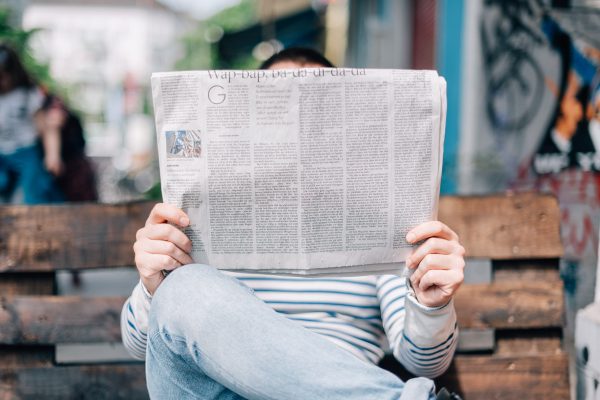 While I was on the road for the The Being of a Nation road trip, I found that I was reading the news and checking my various feeds much less then I usually do. I knew enough to be aware of what was going on in the country, but I was not obsessive about checking/reading/watching/scrolling (which I have a tendency to do!). It was fascinating to feel like I knew what was going on based on what people chose to mention to me that day. The fact that, in just three months, there were so many momentous events taking place that it was newsworthy enough to mention to me, a complete stranger, felt significant.

I also found that many people were careful to coach their words with me. I appreciated that they did not want to make assumptions about me, but I also got the sense that it was more about them then about me. These people would say, “I don’t want to get political…” or “I choose to stay out of politics…” These responses tended to come out after I asked my question about their feelings on the “being of the nation.”

It was in this moment that I wished I were videotaping, instead of just recording their voices, because their facial expressions always told a story. There inevitably would be a long sigh before they tried to avoid “getting political.” I also found that once the microphone was off, people were much more open with me about their political views.

It was clear that the news is on people’s minds. The news has always been a topic that’s discussed, but it is hard to go many places today without it being the center of conversation. It’s weighing heavily on the country’s conscious and soul.

The purpose of my work while on The Being of a Nation road trip was to just listen. It was to collect stories and hear what others wanted to share with me. It was not a discussion, which at certain times really challenged me. Because, here’s the thing – I am political. It is very hard for me to remain quiet if I feel someone’s civil liberties and/or human rights are being challenged.

Yet, I also found that the act of just listening made me feel more engaged with my fellow humans than I had in a very long time. It put me in a vulnerable space, and also made me deeply appreciate the vulnerability that the stranger was showing me. I wasn’t reading or watching the news as much, but I was learning about my country and fellow citizens in a way that made me feel more hopeful, alive, and connected.

I was actively engaged with gathering information instead of passively consuming it.

This has been on my mind, as I find myself obsessively reading articles again – falling into deep holes of online stories about sexual assaults and plea deals and disastrous bills. It is consuming my thoughts and taking up a lot of my energy. The stark contrast to what I felt while on The Being of a Nation road trip versus how I feel now has been a wonderful metric to thinking about how I want to be in my day-to-day life.

We are about to move into a new year – which gives us a chance to reevaluate how we want to approach our days, so that they are aligned with how we want to be in the world.

If you are also endlessly consumed by what our media channels are feeding us, might I propose that you do these three things in 2018:

1. Limit your news intake to 30-60 minutes a day. You can break the time up as you see fit, but the important part is that you do not go past an hour. Set a timer and consume what you can in that amount of time. Then you cut it off. It is enough time to educate yourself on the news of the day, so that you can be aware, but does not suck you into the endless cycle. Remember that these media channels are businesses that make more money the longer we scroll, click, and watch.

2. Commit to using that “extra” time you would normally be spending consuming news, by connecting to someone in your community – that can be someone you know or a stranger. This could be talking to the person who is sitting next to you on the subway/bus instead of being on your phone, stopping by a co-worker’s desk to have a 15 minute conversation, visiting an elderly neighbor who you have wanted to know better and asking about her life…basically, just engage with a real, live person. One woman who I interviewed in Virginia said that she has committed herself to calling three people a day. She checks in on them, asks them what she can do to help them, or just calls to let them know that she is thinking about them. It is a simple act, but can have a huge impact. The moral being – pick something that you know you can commit to doing, and stick to it. Exchange one passive habit for an active one.

3. Track how these changes affect how you are feeling – about yourself, about the world, about other people, about how you spend your time. As Annie Dillard pointed out, “How we spend our days is, of course, how we spend our lives. What we do with this hour, and that one, is what we are doing.” I would argue that it is not only what we are doing, but also how we are being.

“News” is simply “newly received or noteworthy information, especially about recent or important events.” So…be the news that you want to see in the world! 2018 is depending on it.


Photo by Roman Kraft on Unsplash

2018, active vs. passive, change habits, conversation, New Year, news, newsworthy, road trip, talk to a stranger, The Being of a Nation