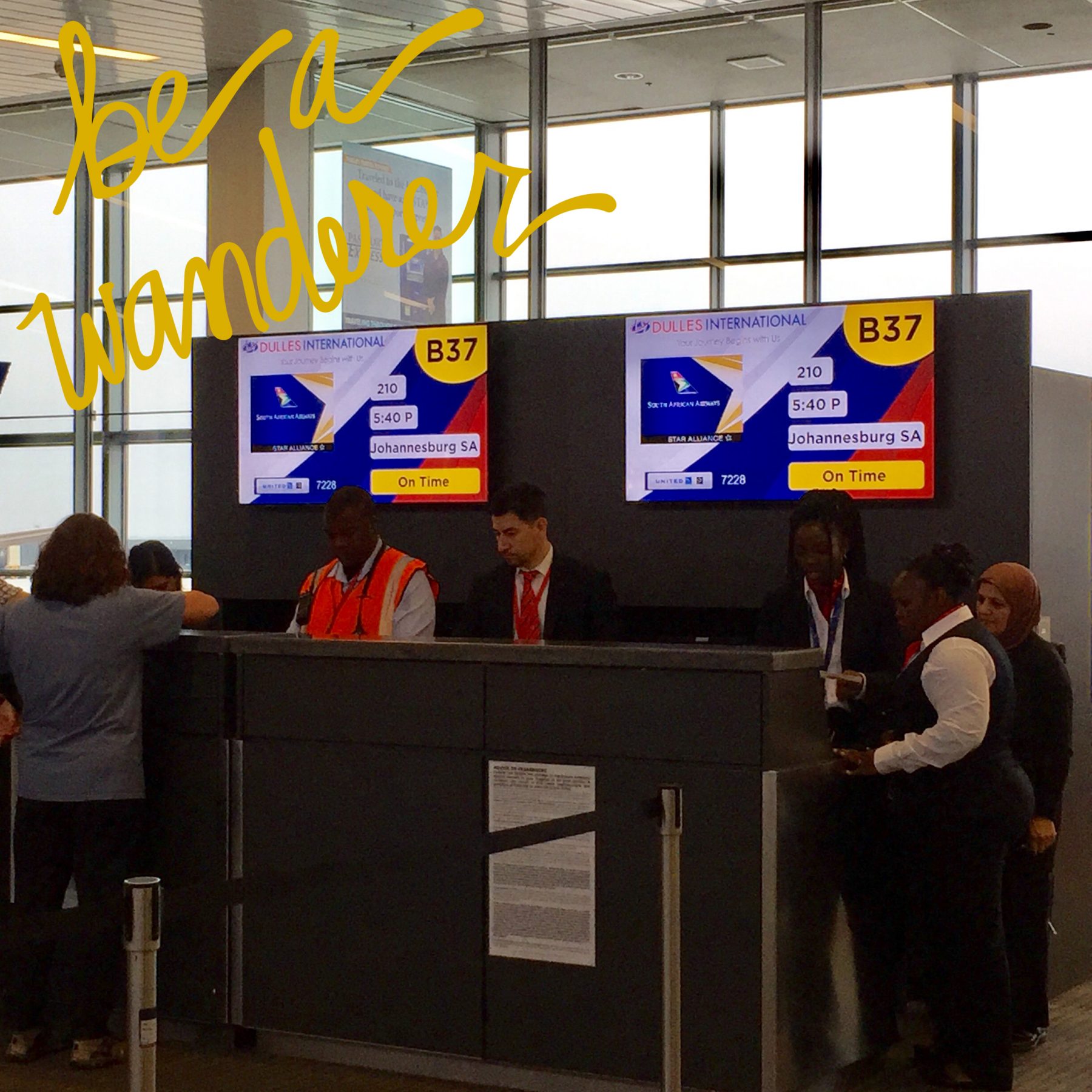 50/100 || Airports are such interesting places. Not being the most punctual person in the world, most trips I am running to catch my flight whizzing by all the other gates with an intense focus on making it to mine. But, yesterday I found myself with a lot of extra time, as I went early with my sister and brother-in-love and their flight was both international and two hours before mine. So, after I put them on their flight home to Amsterdam – I had some time to kill.

Walking through the international terminal, I decided to play a little game. With each gate that I passed, I imagined the place where the plane was headed. If I had been there, I imagined myself in the place and tried to evoke the feelings of what I loved about each place – London, Paris, Munich. But, if I had never been there, I imagined what it would be like to go and all the things that I would want to explore when I was there. I found that I got most excited when I approached the Johannesburg gate. South Africa is high on my list of places I would like to travel…and when I started thinking about myself in the place, it heightened my feelings and took me out of the airport and to that location.

It was a different way to experience being in an airport, which can often be filled with dread, fear, sadness at saying goodbye, or direct focus on your planned destination. I became a wanderer *in* the airport instead of waiting to get to where I was going. It reminded me of how much there is left of the world to explore and all the possibilities of play that still await! A great way to celebrate being 1/2 way through The 100 Day Project!