The most successful artists/creative/entrepreneurs are those who construct discipline, rituals and a space to create. It is ideal that you have all three in order to move forward in your practice or business. I’d argue, though, that it is equally as important to have a space in your life that allows you to just be.

Time and time again, the people I interview state that their creativity stems from being in nature or that they gain inspiration when they are out on a walk with their dog or on a hike in the mountains or sitting on a beach listening to the lapping waves of the water. It is these moments that we disconnect and allow ourselves to be in the stillness and embrace the quietness around us.

This can be extra challenging when you are in an urban area as space is tight, and you are constantly surrounded by people. So, how can we create those places to “just be” and make sure that we infuse them into our daily lives?

Brook is the Creative Director of Brook Landscape in New York City. He is a landscape designer who started out cutting lawns in his hometown of Lexington, KY at the age of 14. From there, he and his brother developed their landscaping work into a full-fledged business – even filing for an LLC and attending industry conferences as a teenager. At the age of 24 he decided to move to New York – which then led him to work with a garden designer and eventually he started freelancing. All of these experiences allowed him to expand his skill set and grow his knowledge base – until he got to the point where he was ready to open his own business.

There are many landscape designers out there, but I was interested in talking to Brook about how he creates spaces to be due to the fact that he is “unconventionally trained” (his words) and has worked hard to create his own path and not live within the constraints of a competitive industry. Also, I was intrigued by the write up on Brook Landscape’s Facebook page, which stated, “Gardens are places to be enjoyed and experienced. They offer a vital juxtaposition of the tranquility of gardens to the chaotic urbanity of New York City. To this end, we endeavor to make each project an emotionally intimate space where the clients can connect with the environment around them.”

Brook’s work is impressive and it offers a subtle beauty that is just easy and peaceful. Exactly the space in which you want to just be. We met in his Brooklyn shop/studio, and I greatly appreciated how honest and real he was about both his work and his path to getting to where he is now. He explained that when he first started he had nervousness about design, but knew he had a solid sense of good aesthetics. He explained, “When you start something you have to be okay with not being the best. But I knew I had a vision and knew what the best could look like because I could identify it.” Reinforcing the point that no one is ever great from the beginning – the point is that you just have to start.

Brook said that he got his first big break when he actually did what he wanted to do – and not what he thought people wanted him to do. His approach is to first talk with the client about what they like and think is beautiful in order to come up with the concept – in the end it is about knowing the person as much as the space. He explained that when he first moved to New York City it was the wild west of the industry because you can’t see the spaces, but they are there. Roofs are undervalued real estate. Brook estimated that about 90% are still underdeveloped – which is a huge draw to work and create in an urban area.

I asked him what space means in an urban area:

“Space is much more relevant in a city because it has so much more value. In the burbs you have to cover things up, and here you have to treat everything like it is a pot and create it and bring it in – build it from the ground up. You have to build and create it. It means more to have a refuge here – a place to escape and a place to feel like you are in nature because people just don’t have that. Some people are okay with that, but if you have moved from a place like KY, where I’m from, and then all of the sudden you’re in your apartment but you can’t go anywhere without there being a lot of other people everywhere. You have nowhere to escape to, nowhere to be alone and nowhere that you feel like you can just relax.”

Brook’s goal as a designer is to create spaces that you don’t have to think too hard about – a space where people just walk in and feel like they can take a deep breath and relax. The environments are all about being easy to fit into and just feeling comfortable. He has done this with his own rooftop in Fort Greene. He’s created a peaceful space – a place for him to escape. It is a place he can go to where he can’t hear traffic and things are just bigger and open. “I need that openness, and I need to see that vastness. NY would have killed me unless I had that.”

We all cannot do the work that Brook does and we all might not have our own green spaces – so, how can we create our own special spaces to just be?

If you are lucky enough to have a park nearby that isn’t overrun with people – it could be as easy as picking a favorite bench to go to every day for some stillness.

You might have a small balcony or fire escape – Apartment Therapy is loaded with brilliant ideas of how to turn this space into a small sanctuary that can provide a piece of calmness.

Even if you don’t have any of these, it might just take a small table in the corner of your room with some of your favorite items. A place that you can visit to slow you down, remind you of your being and take some time to re-center.

The point is that you just take time to create a space to be, as it will both rejuvenate and inspire you. If you have a favorite space to be please take a photo and share it on social media with the hashtag #myspacetobe. It might just inspire someone else to create his or her own space to be. Until then – you can be endlessly inspired by Brook’s lovely creations… 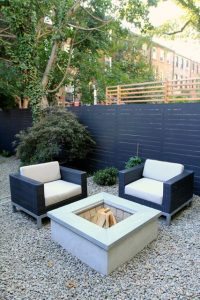 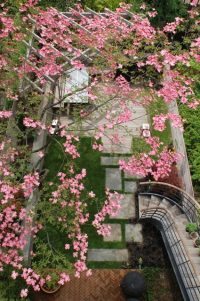 “Shhhh. Slow Down.”
Changing the World By Being Themselves